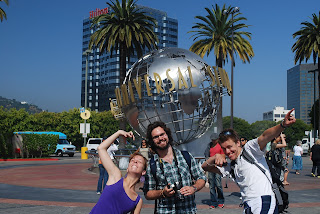 This summer we were four friends travelling in the USA, and the first stop we had in this amazing country was Los Angeles. And when you’re in LA you drop by the remarkable Universal Studios! You can spend the entire day here, and it is fun for children in all ages.

We lived down town LA, and after a short underground ride we were at our destination. And first stop in Universal Studios was the Studio Tour! I would recommend that this is the first attraction you should do, as this is a very popular one and the queue can be very long. But trust me, it is worth it. Once the ride has started you get to go behind-the-scenes where Hollywood movies are made and experience movie sets from some of the greatest and most known films today. You drive through old New York, see the set of The Scorpion King, you see cars explode from The Fast and the Furious, you encounter a real dinosaur from Jurassic Park, a shark attack before a lovely ride through Wisteria Lane, but be aware as psycho is just around the corner. And this goes on and it is so fascinating. Especially when you drive through a set from War of Worlds where they had destroyed a 747 to build that scene.

But this isn’t everything. Once you’re finished here there are several park attractions where you can scream and have some fun. After all, Universal Studios is all about having fun.
One ride that I found very fun was the Jurassic Park ride. Here you come face to face with dinosaurs, a 15-meter long T-Rex before you plunge straight down a 25-meter death-defying raft plunge. That was so much fun, and it is the largest decent I have ever experienced in a theme park.
Another ride that my friends took and not I was the Simpsons Ride. It is a digital projector and I would not recommend this one if you get easily motion sick. My friends had a lot of fun though, and they would recommend it if you like this kind of ride.

Revenge of the Mummy was great fun, but it ended so quickly. The ride is in the darkness, and you get to experience special effects and unexpected twists. The only thing I have to say about this one is that when you thought the real ride was going to begin, it ended. But still, it was fun and unexpected.
The park also have several shows, such as Terminator 2 in 3-D where there is real live actors as well as an on screen show, and WaterWorld where you will get wet if you’re in the first 10 rows and feel the heat from the explosions. If you feel like relaxing you can listen to the Blues Brothers or sit in many of the restaurants around the park.

You could also meet some of the stars from different movies, such as the mummy himself, or Donkey from Shrek and many many more. A small trip to Notting Hill isn't so bad either. This is a place where you can easily spend the whole day, and it will be worth it. It is fun for everyone, and this is a day I will remember for a long time. 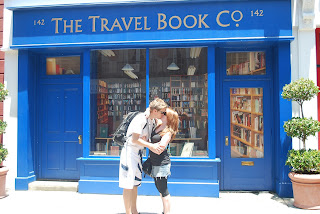 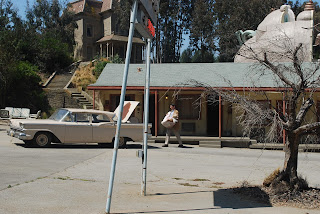 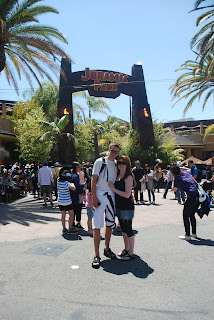 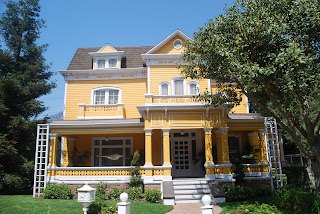 All of the pictures are my own
Lagt inn av a woman's right to shoes kl. 10:40